Webinaire :Automatic Control: State of the Art and Future Directions 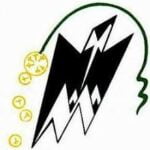 Title: Automatic Control: State of the Art and Future Directions

Abstract: In this growing world of more complex and large systems, the development of new control theory and technology became urgently essential to cope with the modeling and control complexity. Several inherent characteristics in complex systems pose important challenges to the modeling and control of such processes. These include uncertainties, time delays, nonlinearities, time-varying parameters, constraints, multivariable interactions, multiple time scale, noise and disturbances. Model based Advanced Control Technologies, including model predictive control, robust control and artificial intelligence techniques, offer promising solutions. These technologies proved to be successful in a large number of applications, including aerospace systems, process control, renewable energy systems, manufacturing, robotics and automation, control communication networks and intelligent machines and systems. A thorough overview of such challenging problems and promising solutions for the modeling and control of complex systems is pre

sented. The state of the art of advanced control is highlighted. Future trends are also discussed.

Short biography: Professor Maamar Bettayeb had his High School Studies at Lycee Polyvalent de Tizi Ouzou from 1969 to 1972. He received the B.S., M.S., and Ph.D. degrees in Electrical Engineering from University of Southern California, Los Angeles, in 1976, 1978 and 1981, respectively.
He worked as a Research Scientist at the Bellaire Research Center at Shell Oil Development Company, Houston, Texas, USA., in the development of seismic signal processing deconvolution algorithms for the purpose of Gas and Oil exploration during 1981/1982. From 1982 to 1988, He directed the Instrumentation and Control Laboratory of High Commission for Research in Algeria, where He led various research and development projects in the field of modeling, simulation, and control design of large scale energy systems, specifically, model reduction, identification and control of computer-controlled systems with applications to nuclear, solar and electric power systems.
In 1988, He joined the Electrical Engineering Department at King Fahd University of Petroleum and Minerals, Dhahran, Saudi Arabia.
He has been Professor at University of Sharjah UAE since August 2000. He also held the position of Advisor to the Chancellor for Graduate Studies and Scientific research for the Years 2004/2006 and Director of Research and Studies Center for the Year 2005/2006 at University of Sharjah. He is the Vice Chancellor for Research and Graduate Studies at University of Sharjah, starting September 2014.
Maâmar Bettayeb is also with the Electrical Engineering Department, University of Sharjah, United Arab Emirates and Distinguished Adjunct Professor, Center of Excellence in Intelligent Engineering Systems (CEIES), King Abdulaziz University, Jeddah, Saudi Arabia
He was the Conference Chair of ISSPA 2007, has been the program committee chair/co-chair for several conferences. He was Associate Editor of the International Journal of Modeling, Identification and Control. He was the leader of intelligent systems research group at University of Sharjah. He also led the development of the Strategic Planning for Research at University of Sharjah.
He has published over 350 journal and conference papers in the fields of control and signal processing. He has also supervised over 50 M. Sc. and Ph. D. students.
Professor Bettayeb was External Examiner for Electrical Engineering Programs at the University of Malay, Malaysia, for the years 2001-2004. He also held a Visiting Professor position at Helsinki University of Technology, Finland, for the years 2001-2003, where he delivered graduate short courses, research seminars, workshops and participated in Ph.D. examinations.
Throughout his career, Professor Bettayeb received ample recognition for his work in the form of awards and honors, such as the Best Distinguished Research Award in 1993-94 and 1998-99, and the Outstanding Advisor Award in 1996-97 at KFUPM. He also received the Best Researcher Award at University of Sharjah in 2001-2002, 2006-2007, 2007-2008 and 2010-2011, the Best Research Paper Bank of Sharjah Award in 2003-2004, the Best Research Project Award in 2006-2007, supervisor for the Best Student Paper Award, supervisor for the Best Student Project Award in 2006-2007, supervisor for the Best Master Thesis Award in 2009-2010 as well as the Best Teaching Award at University of Sharjah in 2011-2012.
He has been consulting for the Petrochemical Industries and has also been involved in various R&D funded projects in the areas of control and signal processing applications.
His recent research interest is in H∞ optimal control, rational approximation, signal and image processing, process control, networked control systems, fractional dynamics and control, nonlinear estimation and filtering, soft computing, wavelets, renewable energies and engineering education.
Formulaire d’inscription au webinaire :